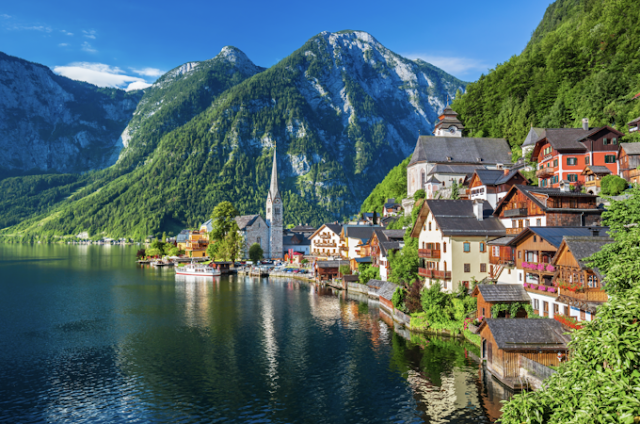 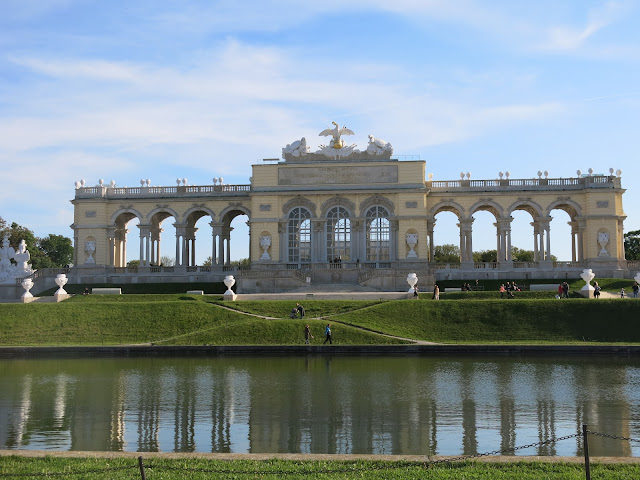 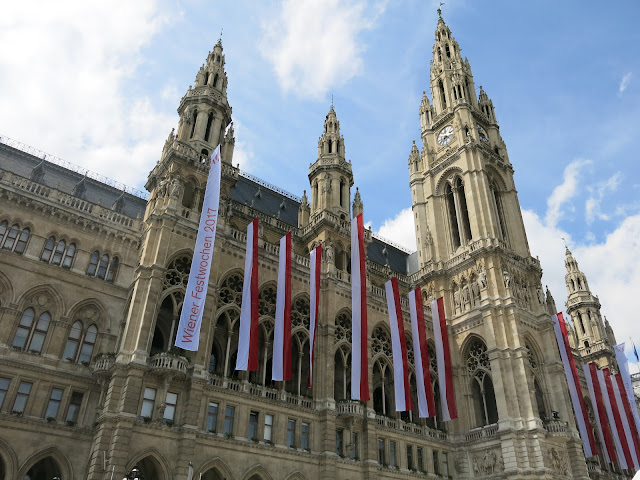 Austria became well-known after the famous Hollywood movie "The Sound of Music". The beautiful Alps is the icon for Austria that attracts 46 million tourists every year. Austrian cities are spotless and so well-maintained. The capital city Vienna has ranked the most livable city of the world for many years. Vienna is one of the four headquarters of the United Nations, along with New York, Geneva and Nairobi. Austria is very wealthy country with high GDP per capital, but the living expense is not high. No homeless people were observed on the street there. I feel Austria is the safest country in Europe.

1. Vienna Public Transit Pass in Vienna (24, 48, 72 hours Pass deal for tourists): you may either purchase online or after you arrival. Credit Cards are accepted.

7. Try MacDonald's Ice Cream Cone for only 1 Euro in Vienna

9. Take the ferry (Cash Only) from the train station to Hallstatt. Tourism Office can keep luggage (5 Euros/per luggage) for you, but is 2 km away by foot from the ferry dock.

10. Prepare coins to use public washroom in Vienna.

11. Buy a family pass when you visit the World's Most Beautiful Library with your family - Austrian National Library. Please note it closes every Monday

12. Buy Bayern-Ticket (as low as €25 for unlimited train ride in Germany and Austria) if you plan to visit Salzburg and surrounding areas. This is the best tip for double dipping trips!

1. Don't talk to "fake police" who asks you to show your passport and credit cards.

2. Don't buy items in Salzburg: Chocolate, other foods and gift items' price in Salzburg is much higher than that of Vienna. Try to buy gifts in Vienna instead.

3. Avoid Staying Longer in Salzburg Because of fully using the Salzburg Pass: Two full days would be adequate to see the whole Salzburg. Salzburg Pass includes numerous attractions, but not all of them are worth to see. 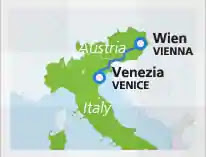 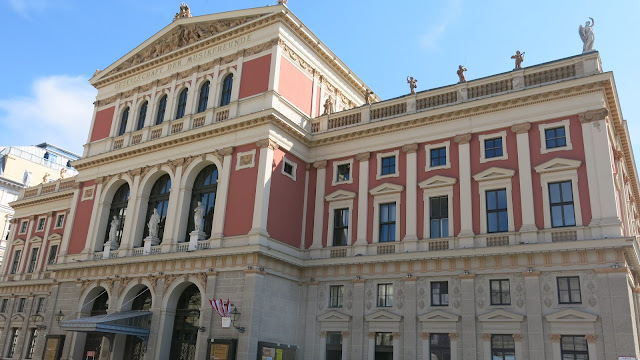 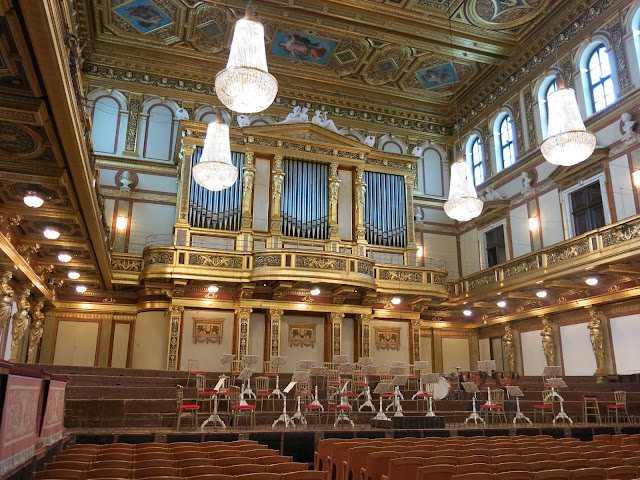 Golden Hall is not huge, however, I can feel the power of  New Year's Concert. Numerous decors are hallow inside to act as a natural speakers. Beautiful gold coating from surrounding structures. 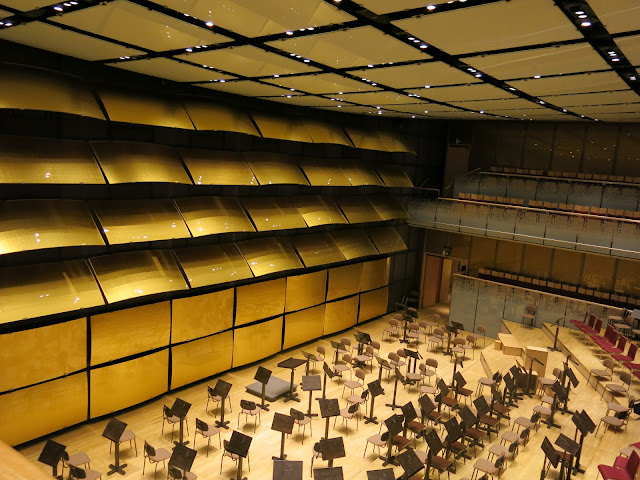 The Practice Room of the Golden Hall is very impressive too 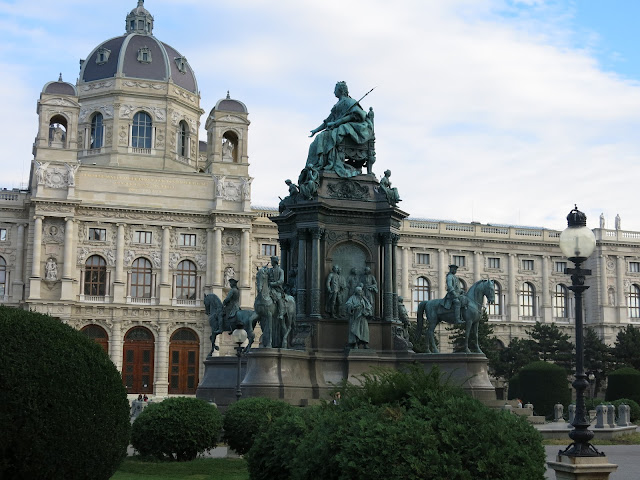 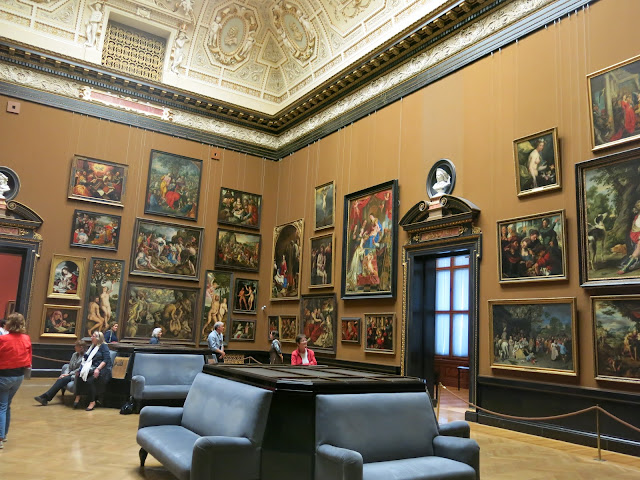 The Kunsthistorisches Museum is top four museum in Europe. The museum is very impressive with huge collections (incl. Egyptian, Near East Collections). The admission is €16 per person and definitely worth to see. Please plan minimum at least 3 to 4 hours to see at this beautiful museum. 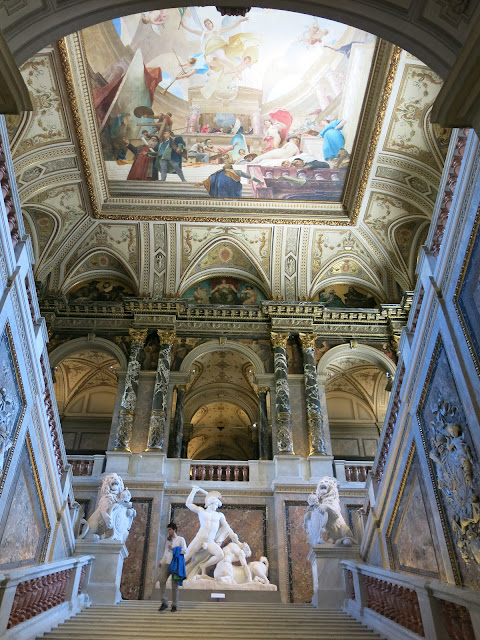 Main Stairs Going to the 2nd floor in the Kunsthistorisches Museum 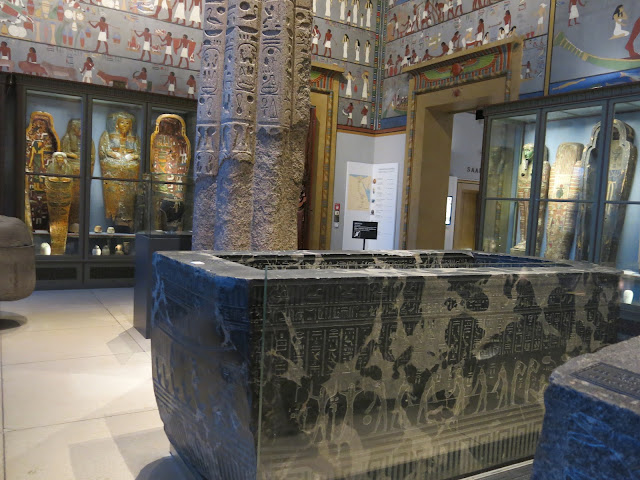 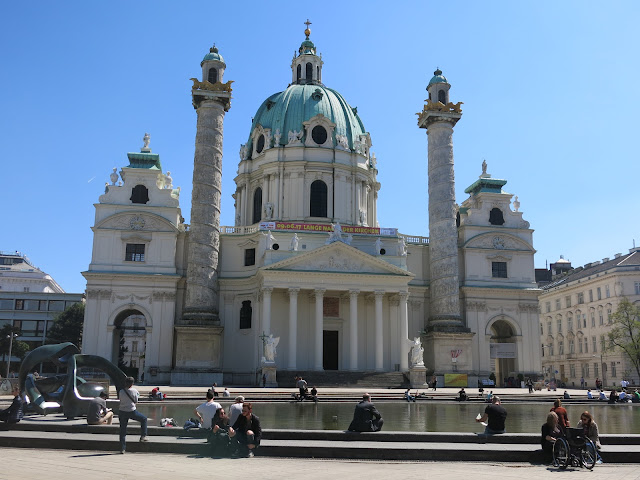 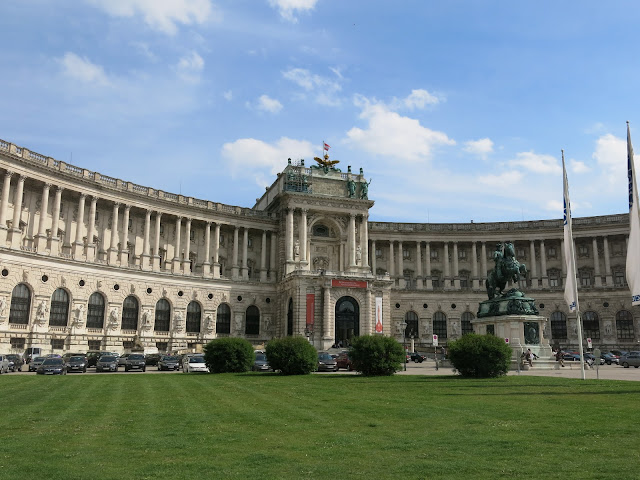 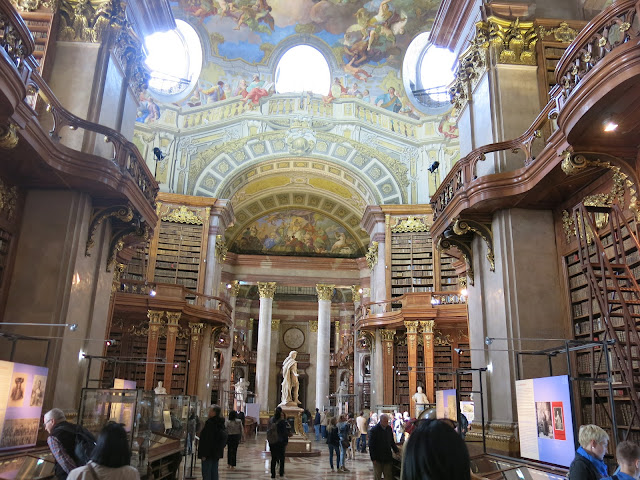 Austrian National Library is considered as the most beautiful library by travel magazines. I was not able to get in when I visited Vienna on a Monday in 2013. I had to come back to see it in 2017. 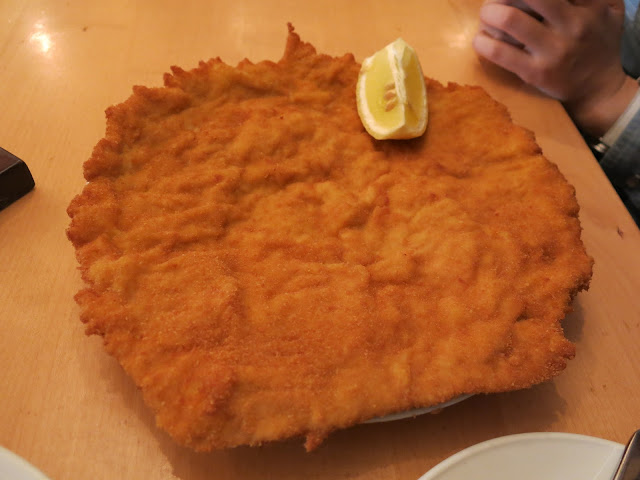 We ordered a Schnitzel (huge portion much bigger than the platem easily to feed to people), at Figmuller For Lunch for less than €12. It was so delicious and a good deal for a lunch break. 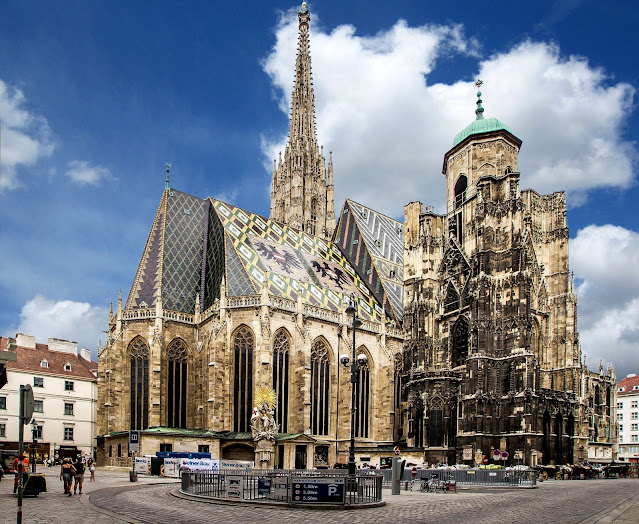 St. Stephen's Cathedral is the most famous church in Vienna. It hosted several import ceremonies in the church. A major landmark for Vienna. It is located in the core of the city center. It is partial free admission, however, you will have pay if you would like to see the central path inside. 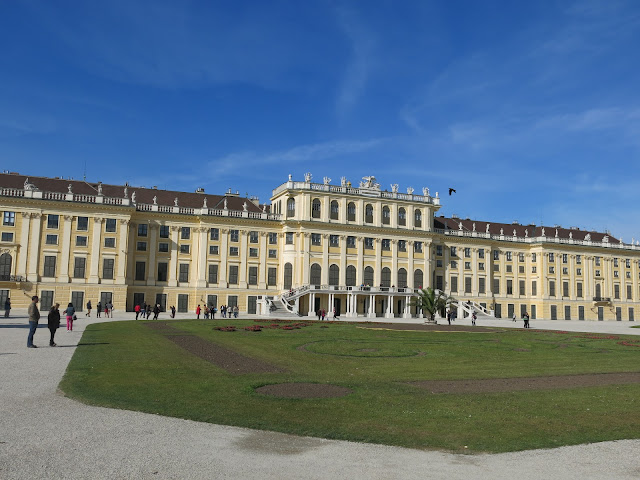 Schonbrunn Palace was main summer residence of the Habsburg rulers. Photo taking is not allowed inside. Get Sisi Ticket Deluxe Combo ticket for best deal to a list of attractions. 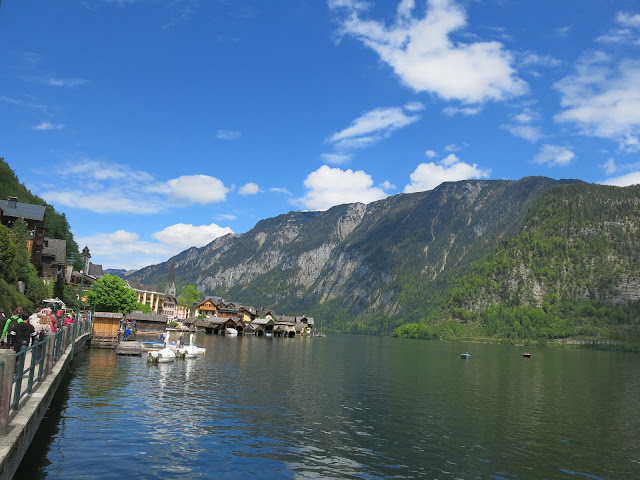 We traveled from Vienna to Hallstatt for a 4-hour train ride for €19. The town is on the other side of the lake, so took a small  ferry (cash only) from behind the train station. Many tourists carried luggage on the ferry. Make sure you checked the ferry time. It's expensive to stay overnight. 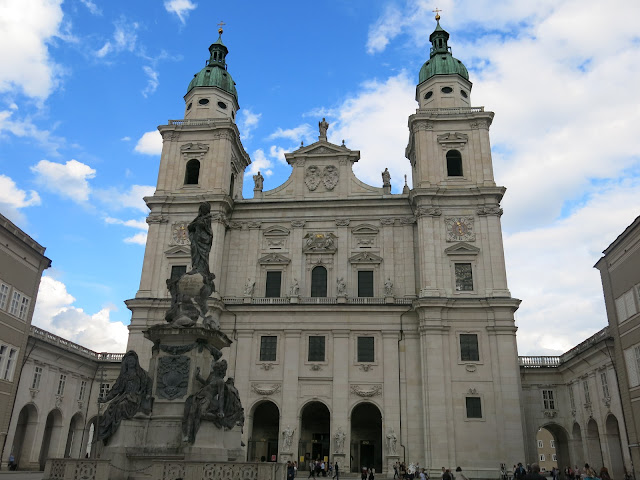 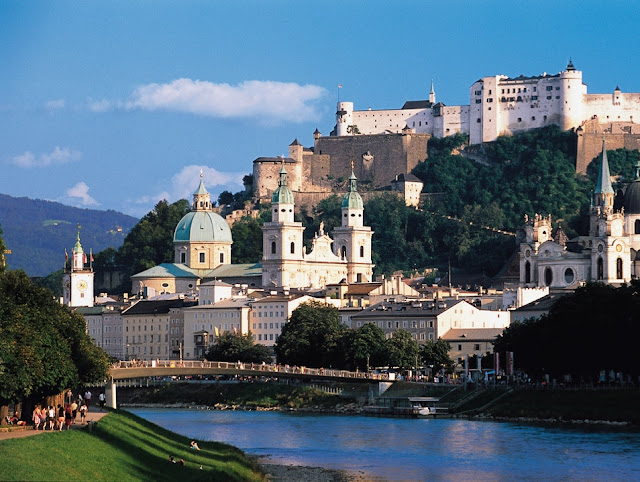 Amazing View of Hohensalzburg Fortress from the River Salzach in Salzbur. Two pedestrian bridges where is a popular area for toruists. Had a nice walk along the river and took the cruise. 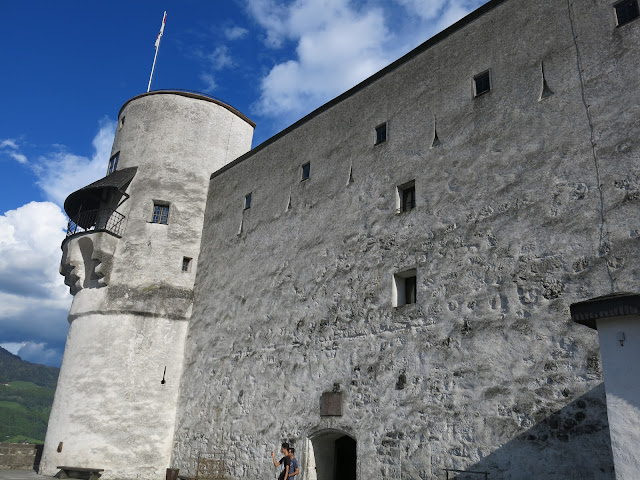 Hohensalzburg Fortress Standing In Front of Me! 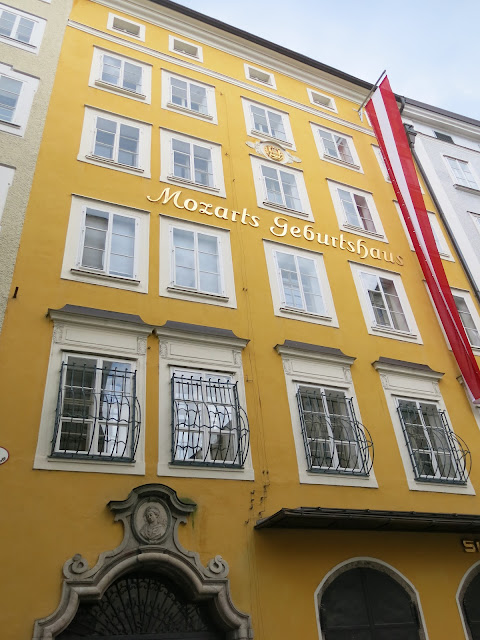 I am a big fan of Mayan temples, pyramids and civilizations. I visited Mexico in 2015 and 2018 to explore many Mayan ruins across Mexico a... 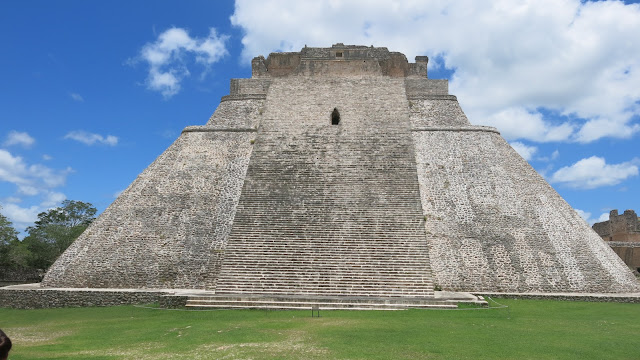